While most of the world has come to know Marsala as a sweet fortified wine best served as an after dinner drink or as a saucy side to chicken and veal, for the true aficionado quality Marsala is a nectar worth imbibing whether accompanied by food or on its own. But to truly appreciate the merits of authentic Marsala wine, misinformation needs to be put aside and one must delve deeper into its antique beginnings.

A History of Marsala

For centuries the people of Marsala and the surrounding region had maintained the ancient tradition of producing a robust wine from grape varietals that were indigenous to the region, such as Grillo. The wine was appreciated by the locals for its concentrated depth, which would eventually catch the eye of an industrious Englishman in the 18th century. The Marsala that most people know today can be attributed to John Woodhouse, who in the late 1700’s would set the framework for the mass production and exportation of the wine. Upon traveling to Western Sicily, Woodhouse quickly became enamored by the local wine he discovered, which to him was reminiscent of fortified wines like Sherry and Port. Wanting to export this fermented treasure, Woodhouse set out to find a way to transport the wine successfully to England without the vintages losing their flavor. The solution: to fortify the white wine with brandy in order to help it withstand the voyage to England, and protect against the inclement weather associated with long periods at sea.  Woodhouse’s newly augmented wine would eventually arrive in England and Marsala would find a highly regarded place at the table of the English gentry. This new found love for the wine would of course create a booming demand, and many more English would set sail for Sicily to try their hand at producing the newly fortified version of the wine. Over time however, increased demand would result in overproduction, and the tradition of authentic Marsala wine would become diluted by producers who cared less for quality and more for appeasing the changing palates of people overseas. Some began using additives in the wine to achieve the desired color or flavor profile, rather than following the proper aging or fortification process. As a result, the illustrious history of real Marsala wine would become muddled with so many varieties being produced that were only a shadow of the wine’s former glory.

Quality Marsala wine begins when very ripe grapes are harvested, pressed, and later fortified with must that has been combined with brandy. Its aging process involves    the solera or in perpetuum method, which is an aging process where older wines are blended with younger wines over specific periods of time. As older wines are drawn off for bottling, their barrels are topped off with wine from younger barrels. Older barrels of wine are placed on the bottom of the stack, while younger wine barrels are subsequently placed on top of the older barrels, and blended in order of age, continuing the process. This ensures that the wine is a combination of multiple vintages and upholds a consistency in taste, while allowing for traces of decades old Marsala to be present in future bottles. As a result of the in perpetuum process, Marsala can be varied in its color, sweetness and age. Its five varieties based on age, are Fine, aged one year, Superiore, aged two years, Superiore Riserva, aged four years, Vergine, aged five years, and Vergine Stravecchio, aged a minimum of ten years. Marsala can also be categorized by color, such as Oro (Gold), Ambra (Amber) and Rubino (Ruby), as well as by sweetness, Secco (Dry), Semisecco (Semi-sweet) and Dolce (Sweet). 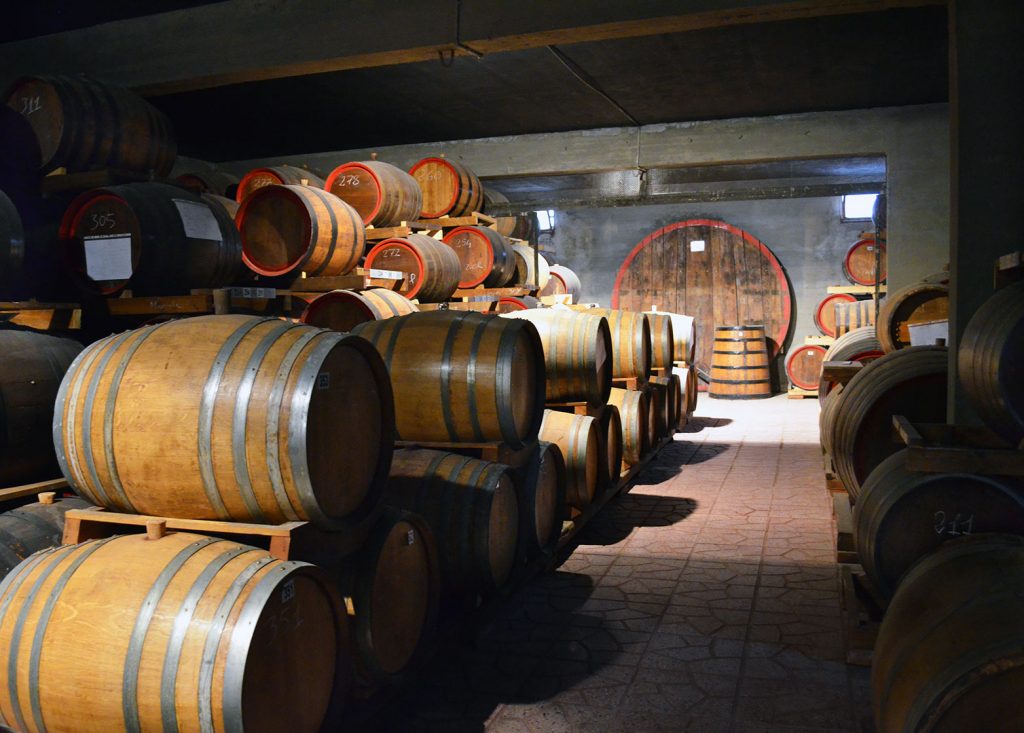 Thankfully, today there are passionate winemakers who are devoted to resurrecting the ancient winemaking traditions of Marsala and its surrounding wine country. Using indigenous grape varietals and experimenting with age-old techniques and flavor profiles preferred by their ancestors, vanguard producers like the De Bartoli family are leading the way in crafting exquisite wines that expand upon the notion of what Marsala wine was, what it is, and what it can be. Creating both fortified wines and intriguing non-fortified wines made with love, attention and pride, these producers are shifting the Marsala paradigm to a fine vintage that should be appreciated sip by delicious sip, and accentuated by the flavor of food, rather than as merely an accent for food.